Camping, Drive, and The Diving Bell and the Butterfly – reviews

One weeks camping and two films the richer. While I was away I watched two films, Drive and The Diving Bell and the Butterfly. While the former is a current and oft talked about film that I was eager to see, the latter is a film that I have been struggling to motivate myself to watch since its release five years ago. Both films I found very rewarding to watch in their own different ways. One an exhilarating sensory ride, and the other an insightful film that says a lot more about the human condition. You can see my review of Drive here, and my mini-review of The Diving Bell and the Butterfly here.

The Diving Bell and the Butterfly – 2007

Just got back from Melbourne. Had a fantastic time. Saw The Ghost Writer on the plane ride back. I had completely forgotten that it was a Roman Polanski film, so it was good to see the film objectively without it being coloured with this knowledge. I found it an entertaining film, a page turner of a movie if I can borrow the literary term.

Now I’m off camping for a week so I’ve armed my iPad with a few films, namely A Prophet by Jacques Audiard, a film I’ve been meaning to see for a while. Will report all when I get back.

In the meantime Film Weekly has their latest podcast up. You can listen to it here. This week Jason Solomons talks to James D’Arcy on his role as King Edward VIII in Madonna’s directorial debut W.E., while artist/film-maker John Akomfrah stops by to discuss his latest project The Nine Muses, a docu-essay on the immigrant experience.

Aussie Open, Camping, and The Fighter.

I have taken a couple of weeks off. We are spending 4 days in Melbourne (at the Aussie Open – and it’s our 15th wedding anniversary). The following week we will be camping at Tawharanui. As a result I won’t get to write much in the way of cinematic musings over this period let alone see many films.

That said, I did manage to squeak in The Fighter while I was on the plane. A fairly solid film with an absolute standout performance from Christian Bale. He deserved every ounce of that Oscar.

For the second time we went out for dinner and a movie in Howick. This time it was Thai and Sherlock Holmes on the menu. I’ll say from the outset that I’m a fan of the first Sherlock Holmes film. I found it an interesting take on Sir Arthur Conan Doyle’s classic character, it was well paced and fun. So I was curious to see how A Game of Shadows would avoid the pits and traps that so often plague sequels.

You can see my review here.

Latest Film Weekly from The Guardian

Jason Solomons talks to Emily Watson about her role in Steven Spielberg’s film adaptation of War Horse, while Ralph Fiennes is on hand to discuss directing and starring in Coriolanus.  You can listen to the podcast here.

Last night I sat down and watched Steve McQueen’s debut film, Hunger. Based on true events in 1981, this film is about the protest for political recognition of Northern Irish republican prisoners. Hunger focusses on Bobby Sands (Michael Fassbender) who leads his fellow inmates on a hunger strike.

You can see my review here.

Apocalypse Now and Avatar’s relationship to Heart of Darkness

You can read it here.

In this weeks episode: The director and star of sex addict drama Shame talks to Jason Solomons. Plus an interview with Margin Call’s JC Chandor and reviews of the week’s big releases with Xan Brooks.

Seema and I finally got along to Howick’s “new” Monterey theatre. I say “new” because technically it is new. However, it is based on the original Monterey theatre that had been in Howick since the 1920s but unfortunately closed down a little over 15 years ago. I grew up going to that theatre, so it’s nice seeing it return, even if it is with a different look and location. So it was appropriate that coincidentally, sitting in front of me, was an old primary school friend who I hadn’t seen since the original Monterey was around. To make the night even more special Seema and I were on our 15th wedding anniversary.

So, after a nice dinner at Giggles we strolled over to the Monterey. I managed to convince Seema to see Midnight in Paris (Seema has reservations about Owen Wilson). You can see my (short) review of the film here. 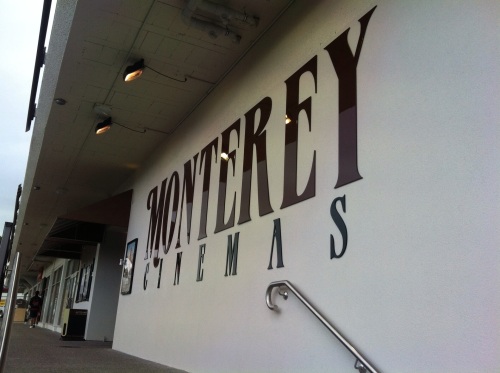 It was with trepidation that I decided to watch Limitless. From what I had seen in the media, it smacked of a standard Hollywood thriller nothing more, nothing less. My previous encounter with director Neil Burger’s work was his 2006 period film of intrigue The Illusionist, to which I wasn’t crazy about, but it entertained enough. See the rest of the review here.