Verdict: A raucous dark comedy that feels like a game of Cluedo played in an abattoir.

Latest in the “shall we play a game?” horror sub-genre pits a young bride against a murderous hoard of well-to-do American aristocratic toffs. Directors Tyler Gillett and Matt Bettenelli-Olpin, who together previously brought us a slew of B-grade horror (V/H/S, Devil’s Due) have outdone themselves this time with a slasher that is as funny as it is … uhh … splattery.

Unsurprisingly, Ready or Not isn’t heavy on plot. Grace, played with a lively energy by Samara Weaving (a sort of Margot Robbie lite), is a young woman on her wedding night who is surprised by her new in-laws with a postnuptial board game—a strange family tradition, but hey, whatever gets you past Go. In good humour, she follows along and picks from a selection of games; Chess, Checkers etc, even (gasp!) Hide and Seek—“just don’t pick the wrong one”. I don’t think it’s a spoiler to say that, yes, she picked the wrong one. I guess two hours of watching them play Chess wouldn’t make much of a movie.

So, the game is afoot (or is that a decapitated hand!?), with things getting a bit bloody in parts as Grace is hunted down by a bunch of hoity-toity in-laws turned killers (including a very insidious Andy MacDowell). Thankfully, they’re all rather incompetent and what might’ve become a slasher film trying to take itself seriously, instead appears to knowingly revel in the ridiculousness of it all. Ready or Not is raucous fun and Messrs Gillett and Bettenelli-Olpin seem to know how to balance their gore with generous dollops of humour.

It’s not all hack’n’humour, though. Ready or Not has a few salient comments to make on classism, but to suggest they’re said with any subtlety would be the understatement of the century. When Grace screams at her assailants as “F**ken rich people!”, you kinda know who the baddies are.

As the bungling archetypes run riot within the Agatha Christie-styled mansion, it’s clear that this is a horror that knows its strengths and undeniably operates best in its more playful moments. The result is loads of bloody fun.

Portrait of a Lady on Fire

The focussed intensity of love is explored in French writer/director Céline Sciamma’s latest film. A period piece that details the lives of two 18th century women over the course of one fateful week, Sciamma’s romantic drama feels modern despite its setting. It’s a brooding and simmering film that evokes themes of modern classics; the transcendent feminine gaze of Campion’s The Piano, the gay love of Guadagnino’s Call Me by Your Name, even its exploration into forbidden lives echoes von Donnersmarck’s Oscar-winning The Lives of Others. And yet despite thematic similarities, Portrait of a Lady on Fire feels entirely fresh in its treatment of femininity, due most notably to the resolute absence of masculinity set within Sciama’s frame.

Set on a remote island off the coast of Brittany, Héloïse (Adèle Haenel) is reluctant to marry and refuses to sit and have her image painted—a task required for potential suitors. With Héloïse having already worn a previous artist out with frustration, her mother commissions a new young female artist, Marianne (Noémie Merlant), to finish the job. Marianne accompanies the reclusive Héloïse on long, contemplative walks in attempts to observe her more closely, committing furtive glances to memory before secretly setting about painting her portrait in the privacy of her own room. Resting on this simple but intriguing premise, Sciama sets about igniting a fire under the belly of their burgeoning relationship as she delivers a hauntingly seductive tale of forbidden love.

Portrait is a spellbindingly beautiful film shot with a painterly palette and well-considered framing that, appropriately, accompanies an artist’s tale. But its Sciamma’s attention to timing that really sets this romantic drama apart. Her camera lingers in all the right places and for the perfect amount of time. Portrait is a slow burn, intentionally and painstakingly so, it demands patience and investment—but look and listen carefully, because everything matters. For example, crucial to Portrait’s immaculate structure is the effective use of music which begins seemingly piecemeal and fragmented only to be carefully reassembled, revealing one of the most astonishingly powerful final scenes to a movie I’ve experienced in a long time. Do yourself a favour and bask at the fire of Sciamma’s film, because it is a masterpiece. 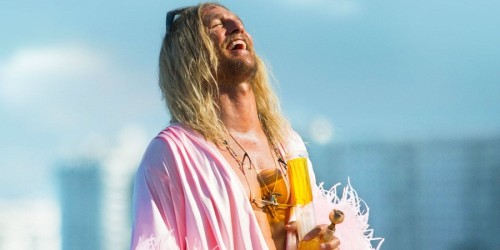 Are we witnessing the end of the McConaissance? If The Beach Bum is any indication then we might be. Writer/director Harmony Korine (Spring Breakers) has dragged Matthew McConaughey’s through a round of Korine’s favourite topic; sex, drugs, and … well, that’s about it. To be fair, a loose, wise-cracking “bum” who lives by his own rules is just the kind of role McConaughey was destined to play and, unsurprisingly, he is by far the best thing about this film.

A tale of hedonism and misbehaviour, The Beach Bum is big on style and small on plot. Moondog (McConaughey) is a celebrated but burnt-out poet living in the sun-drenched environs of the Florida Keys. Rich, popular, and hell-bent on living out the rest of his life within the drug-addled haze of his kitsch hovel. The only catch; his estranged wife, Minnie (Isla Fisher), holds the purse strings and tasks him with finishing his next book in order to access the remainder of his wealth. That’s about as far as the plot complexities go, the film opting instead to stumble through a potpourri of episodic (but colourful) scenes. A conveyor-belt of big names roll past; Zac Efron, Jonah Hill, Snoop Dogg, and Martin Lawrence, among others, line up to have a holiday in Florida’s sun at the studio’s expense, or have a crack at ruining their careers … or both, hard to tell.

It’s not all bad. There are some interesting formal flourishes, Korine’s woozy style plays cute with some unconventional editing, with single conversations playing out seamlessly across multiple scenes. It’s clever stuff, but deft editing and attractive cinematography can only go so far.

Ultimately, it’s difficult to admire a film that, while not outright glorifying abhorrent self-indulgence, does nothing to vilify it either. In one scene Jonah Hill seems to sum up the film’s moral compass “You know what I like the most about being rich? You can just be horrible to people and they just have to take it.” The glass-half-full in me says that Korine is trying to be intentionally provocative. A clever subtext perhaps, a sarcastic stab at Trumpism, or some other gem of wisdom deep within its hazy bowels … I just found this film too annoying and obnoxious to care.

Making an autobiographical film about a director’s life can be a tricky task.  Get it wrong and it comes across as a self-absorbed exercise in navel-gazing. But get it right and you have something wonderful, like Pedro Almodóvar’s Pain and Glory.

Set in Spain, this film centres on the “fictional” life of Salvador Mello. Through a series of flash-backs, Almodóvar (for whom this film operates as a thinly veiled semi-autobiographical drama) fleshes out Salvador’s formative years at the hands of his impoverished mother (played by Penelope Cruz), his absent father, and the sexual awakenings of the house help.  Fast forward to the present and Salvador is now a successful but creatively stifled film-maker, who suffers from numerous ailments and is struggling to unite his past with the present. But through a series of coincidental reconnections, his past is thrust upon him.  There is a hint of Fellini’s 8 1/2, or even Cuarón’s more recent Roma in the self-confessional nature of Almodóvar’s sideways glance at his own life and the people who influenced him.

Almodóvar collaborator Antonio Banderas gives an exceptionally soul-searching performance as Salvador, one of intensely focussed restraint as an internalised individual who ruminates on his past life.  He is a picture of contradictions, with mournful eyes that betray his smooth image of studied unkemptness. At one point Salvador exclaims to a colleague “The one who cries is not a better actor than the one who struggles to hold back tears”— advice that Banderas takes on board in one heart-wrenching scene that sums up the pain and glory of Salvador’s life. Indeed, Banderas’ remarkably nuanced performance does plenty of this film’s heavy-lifting and elevates it into something quite sublime.

But far from solely a Banderas masterclass, Almodóvar’s distinctive flavour is evident throughout.  Although at the restrained end of his oeuvre, Pain and Glory is still a visually compelling work with a rich colour palette and some subtle formal flourishes that are wall-hangingly beautiful. Certainly, Pain and Glory’s thought-provoking final shot will have your post-viewing tongues wagging while you sip on your Tempranillo. 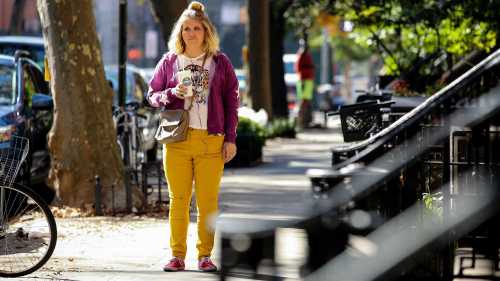 As Brittany Runs a Marathon’s spoilerific title hints, this movie quite literally does what it says on the tin. Yes, Brittany does actually run a marathon. But this indie dramedy also packs plenty of soul-searching smarts that go beyond the accessibly cheerful packaging. Think Francis Ha with sneakers.

In her late twenties and unhealthily overweight, Brittany drinks heavy and parties hard. She’s happy on the exterior but sad on the inside, so much so that together with a wakeup-call from her doctor, it leads her to question her hollow lifestyle. As she embarks on a journey of reinvention, she is forced to contend with the inherent messiness of body positivity, the awkward push-and-pull of being happy with the body you’re in, and recognising that losing weight is important for your longevity. Not easy when your best friend is an online influencer who can’t run because “it makes me too skinny”.  Despite this, Brittany laces up her running shoes, thanks in part to her burgeoning new-found support group; the sporty woman upstairs, her understanding black brother-in-law, her gay running partner, and the unlikely Indian love-interest.  Yes, representation is woke-fully present in this film, a good thing if perhaps a little intentional.

But contrasting this refreshing blend of new-world characters is Brittany’s more traditional narrative arc.  It is, when pared down, a predictable crowd-pleaser. However, the feel-good vibes are elevated by some delightful directing, thoughtful writing, and heartfelt performances from the cast. Written and directed by Paul Downs Colaizzo (his first feature), Brittany was inspired by his real-life flatmate.  His screenplay is consistently honest in its conversations about weight, wellness, and self-worth. But the pairing of his screenplay to actor Jillian Bell (Rough Night) is the film’s master-stroke.  Bell’s pitch-perfect performance really makes this film hum as she takes the self-deprecating Brittany along a path of physical and emotional change.

Although Brittany runs through a lot of familiar territory, there is a sense of authenticity to Colaizzo’s film. Joyful, funny, and inspirational in a totally unsentimental way, this film crosses the finish line with its head held high.