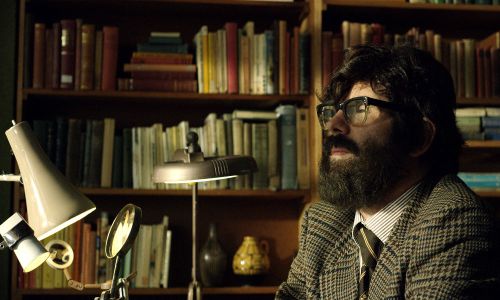 “As one goes deeper into blindness, one begins to live by other interests, other values. One begins to take up residence in another world.” This haunting comment by John Hull gives a snapshot of his achingly poignant true story. In 1983, just days before the birth of his first son, the academic and theologian lost his sight, and in order to make sense of his condition, he began keeping a diary on audiocassette.  Directors Pete Middleton and James Spinney (in only their first feature length film), have done a commendable job of adapting John Hull’s tapes to the big screen.

Easily comparable to Julian Schnabel’s masterpiece The Diving Bell and the Butterfly, (which tells the true story of of Elle editor Jean-Dominique Bauby’s experience with Locked In Syndrome), Notes on Blindness cleverly employs the artifice of cinema to encourage the viewer to experience the symptoms of its protagonist. This is phenomenological cinema of the highest regard, eliciting a mindful viewing experience. Hull’s own taped voice comes to life through lip-synched recreations and are cleverly spliced with voiced narration. It is perhaps no surprise that a film about blindness has a heavy emphasis on sound, and here it is woven into a sensitive sound design by accomplished sound editor Joakim Sundström (who also worked on Nick Cave’s superb biopic 20,000 Days on Earth). Although, his unique use of diegetic and non-diegetic sound does bring a level of disorientation that takes some adjustment.

Likewise, the strikingly beautiful and yet claustrophobic cinematography (by Gerry Floyd) brings equal measures of beauty and frustration as the camera struggles for light and focus, never allowing us to simply sit and look. The paradox of a visual medium giving us a pseudo experience of blindness is palpable — a form of mimicry to which Hull voices his own frustrations as “a desperate need to break through this curtain, this veil that surrounded me. To come out into the world of light out there.”

The film presents as insightfully ponderous and occasionally meandering, but its core concern always remains Hull’s conflict between fact and faith, which ultimately collide with interesting results. Notes on Blindness requires a level of effort on the viewer to garner a full appreciation, but it is worth it.

Rating: 4 mindful moments out of 5 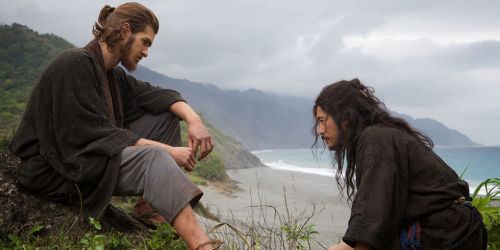 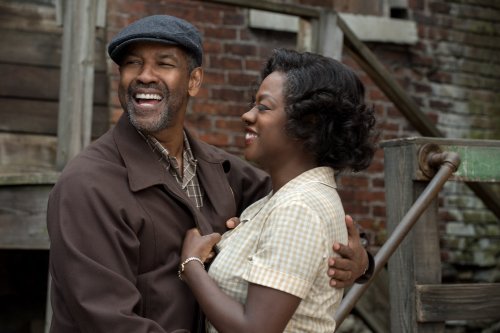 Adapting a celebrated Broadway play to the screen without it being considered “stagey” can’t be easy. The award winning play Fences opened for its third run in 2010, and here, the play’s five main actors have reprised their role for its big screen treatment.

The play was written by Pulitzer Prize winner August Wilson. His adaptation for the big screen has been posthumously helmed by Denzel Washington. Wilson, who died in 2005, insisted that the film version of his play be directed by an African-American, a decision which has certainly cemented the story’s concern with race. Oddly though, Fences benefits very little from Washington’s hundred-plus stage performances as its protagonist, Troy, bringing to the screen a performance that feels over rehearsed.  The same can’t be said for Viola Davis, whose role as his wife is reprised with genuine authenticity.

Troy is a disgruntled father carrying the baggage of his neglected upbringing, and bitterness over missing a shot at big-time baseball due to the racist selection policy of the fifties. In denying his son (Jovan Adepo) the same opportunity, his flaws are laid bare and serve to fuel the film’s central theme of “legacy” — how we either rebel against what we view as wrong with our parents, or we become their faults and pass it on to the next generation.  The titular fence that Troy builds throughout the film serves as a metaphor to expound upon this theme — “You gotta take the crooked with the straights” is a comment on accepting our flawed nature as human beings as much as it is about the fence itself.

The value added by its adaptation from stage to screen is a subtle one.  Relying heavily on language and performance, it appears to unapologetically eschew the medium it is presented on, employing a very bland filmic style.  What makes this perplexing is that it was shot by Danish cinematographer, Charlotte Bruus Christensen, who is known for some very striking and vivid screen work (The Hunt, The Girl on the Train).

Ultimately it is the script rather than the look that gives the film its “stagey” feel, which is perhaps due to Wilson’s lack of experience with film.  And while a cinematic version of Fences has widened its audience reach, the same can’t be said for widening its appeal. It does have some wonderful and touching moments, but as a whole, Fences is a couple of palings short.