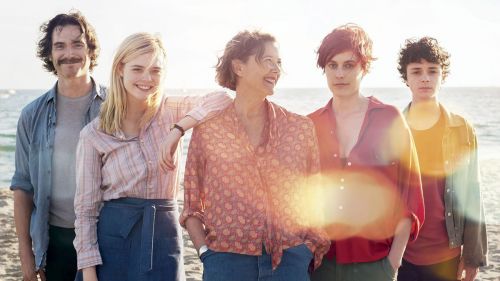 After a well-received run at last year’s NZIFF, 20th Century Women finally gets some more big screen love. Brimming with warmth and wit, this enlightening if slightly meandering tale provides plenty of post-viewing conjecture to unpack.

Written and directed by Mike Mills (Beginners), one might ask how is it that a male is telling women’s stories—as the title suggests, this a film about 20th Century Women, right?  Well, not exclusively; it has a soft-natured feminist slant which develops further to show how female stories are often inextricably connected with male stories. 20th Century Women is loosely a biopic based on the real-life women who influenced Mills and is, in a sense, an ode to these women written by the man they helped shape.

Set in 1979, the film centres around a quintuplet of characters who all live in the same house. At the coalface of motherhood is Annette Bening who plays Dorothea; landlord, single mother, and compassionate matriarch who is struggling with what it means to bring up a son in a society bristling with cultural change. Likewise, her teenage son Jamie (played by Lucas Jade Zumann) has to endure the conflicting and bewildering world of advice and desires.

Dorothea’s large multi-story house is a do-up; boarder William (Billy Crudup) earns his keep by assisting with renovations. The other boarder is Abbie, played by the likeable Greta Gerwig whose free-spirited nature is pitted against her struggle with cancer.  And then there’s Julie (Elle Fanning), who doesn’t technically live in the house but comes and goes at her whim and sneaks in at night to sleep with Jamie. They don’t have sex, their relationship being purely platonic … at least according to her.

Despite being overly invested in life’s quandaries beyond its due, this earnest tale is liberally littered with enough existential insight and astute observations to be an enlightening and rewarding experience. And although it leans heavily on the performance of its superb ensemble cast there’s enough meat on its bones to be well-worth seeing on the big screen.