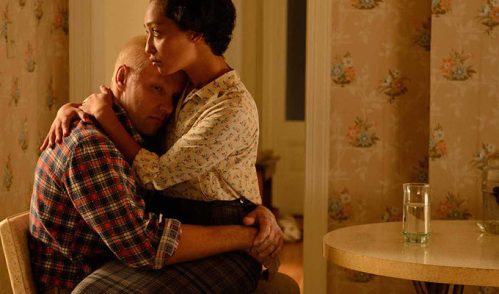 Jeff Nichols is a restless director and certainly not one to bed-down in any single genre. He has plumbed the depths of the psychological thriller in Take Shelter, wrangled the stars in the coming-of-age drama of Mud, and more recently pushed the envelope with the sci-fi road-film, Midnight Special. He is certainly one of the more versatile directors working today, and in his latest outing, Loving, the enigmatic auteur tackles racial injustice.

Based on a true story about an unlawful interracial marriage, Joel Edgerton and Ruth Negga bring performances that are both powerful and understated. In 1958, before America’s civil rights revolution, Richard Loving (Edgerton) married Mildred Jeter (Negga) in Washington DC, where interracial marriages were legal.  However, on their return home to Virginia where interracial marriages were not permitted, they were met with legal road-blocks as the state saw to throw them out under threat of imprisonment. Years of legal and social tumult saw their case taken all the way to the Supreme Court, where the couple’s relationship finally prompted the overturning of those laws nationwide.

Loving is a film that is surprisingly non-belligerent in tone, despite the outrageous injustice of its subject matter – America’s historical treatment of race. Instead it calmly states its case and proceeds to leave the histrionics to the viewer. It is a slow burn that is satisfyingly sure of itself. What is remarkable is the bold move to not only explore the boundaries of racial segregation but also comment on gender politics.  Typically the husband is seen as the enduring pillar of strength, fighting the good fight, while the wife plays a passively supportive role. Here, it is increasingly apparent that the real hero of Loving is Mildred as she begins to take control of their situation herself. Nichols masterfully presents this visually, as Mildred becomes more and more centred in the film’s frame (observe at the image above) and Edgerton is gently ushered to the margins. The diminutive Negga returns the favour by giving a wonderfully authentic performance that no doubt draws from her own experience as a child of mixed race (being of Ethiopian and Irish descent).

Nichols’ muse, Michael Shannon (who I could listen to read the phonebook), pops in for a cameo as a photographer for Life magazine. His big screen presence is perhaps the film’s only distraction in a story that, despite its subdued telling, is an enlightening glimpse into America’s checkered past and is well worth the watch.

Rating: 4 constitutional laws out of 5.