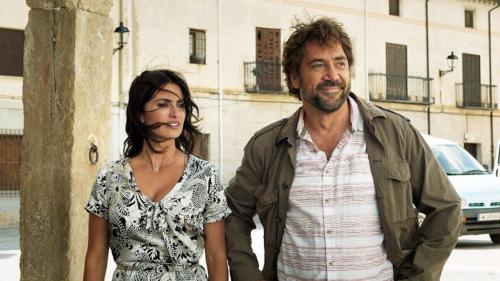 Iranian writer/director Asghar Farhadi, maker of quiet but piercing human mysteries (A Separation, The Salesman), has gone once more to the well, yet again painting a portrait of a family under the suffocating chokehold of dark secrets. However, the skill with which he has crafted his latest feature, Everybody Knows, suggests that for Farhadi the well has not yet run dry.

Set in a small rural town near Madrid, Laura (Penélope Cruz) returns to her childhood home to attend her sister’s wedding.  When her teenage daughter Irene (Carla Campra) is kidnapped on the night of the wedding along with a chilling warning against contacting the police, the family gather around to consider their options.

Side-glances and finger-pointing abound as this taut mystery spares few from the merciless gaze of suspicion — as the film’s provocative title implies, Everybody Knows revels in the small-town milieu where no secrets are safe. While the family’s background slowly unfolds (and indeed the mystery of Irene’s whereabouts), the film takes on an almost Agatha Christie tone as the ensemble of agitated characters helplessly mill about exchanging barbed remarks and petty retorts.

Both leads, Cruz and Bardem (who plays her old flame) show their class, giving anguished but balanced performances. Yet what makes this film extraordinary is the seemingly modest way in which it is delivered.  Technically the film appears nondescript, bland even, but closer inspection reveals Farhadi’s very deliberate style. His careful consideration of framing and lighting is a concerted wonder of subtlety and furthermore, the bold decision not to have a musical score only proves to enhance the story’s intrigue.

The result is a film that appears to take pleasure in slow cooking its central puzzle. And as the meat of the mystery slowly falls off the bone it exposes hidden motivations and menacing issues of resentment. Everybody Knows is a slow burn that some might find frustrating but I found the impeccable pace of this intriguing mystery immensely satisfying.