Back from holiday, back to work, back to winter … grrr and brrr. On a more positive note, I managed to catch up on seven fantastic films while I was away.

Amour is a Michael Haneke masterpiece. I was thoroughly taken with this film. Haneke’s lack of camera movement is so refreshing these days. The camera sits still and observes the characters rather than becoming one itself. The result is minimum distraction and total submersion into Amour‘s intoxicating performances by Emmanuelle Riva and Jean-Louis Trintigent, Amour is a chamber piece of filmic perfection, so well measured with no rough edges … well deserving of its Palme d’Or.  My rating and trailer here.

To Rome with Love is the prolific Woody Allen’s latest iconic city tribute. I can’t but help love Allen’s work. As with many of his films, and this film is no different, Allen returns to the safe romantic comedy genre. To Rome with Love is your usual Woody Allen fare, laced this with enough, humour, clever insights, and fourth wall breaking to keep the astute viewer on their toes whilst still indulging in lazy guilty pleasures. A comfortable transition from Midnight in Paris and a very enjoyable film. My rating and trailer here

Lynn Swanson and Woody Allen in To Rome With Love

Oblivion. Yes it’s Tom Cruise folks … plenty of Tom Cruise. He fills the screen in a way that only Tom Cruise can, snuffing out any room for other performances. That said, I found his performance to be in keeping with the films requirements. Actually, Oblivion is quite an enjoyable film and would have been more so had it not been the total rip off, and Hollywood bastardisation of Duncan Jones’ superb Moon. Ignore that and you have a solid sci-fi film that is enjoyable but forgotten in a years time. My rating and trailer here

Shame. Wonderfully written, Steve McQueen’s follow up from his excellent Hunger is another superb outing. Fassbender and Mulligan are nothing short of brilliant. Fassbender plays Brandon, who is addicted to meaningless sex and struggles when circumstance force him to connect both emotionally and sexually. The film is delicately balanced by Sissy, his sister, played by Mulligan who longs for emotional connection and is given to suicidal tendencies. McQueen crafts his characters slowly and clinically, working in a typically cold palette. Shame is excellent and I can’t wait for McQueen next film Twelve Years a Slave. My rating and trailer here

Richard III. A tour de force of of British acting royalty are on offer here … oh and Annette Bening, and Robert Downey Jr. In the vein of Lurman’s Romeo and Juliet, Richard III is a modernisation of the classic Shakespeare play. McKellen does an excellent job at adapting the screenplay and playing the lead. However, this film does seem to show its eighteen years in age and its spark of ingenuity has somewhat lost something over time. Worth watching for the performances alone. My rating and trailer here

Un prophete. Another Palme d’Or winner. Jacques Audiard’s gives an excellent account of a rags to riches story in the gang lands of prison whilst delicately tip toeing through racial barriers. Visually stunning and a captivating narrative make this an intoxicating watch. My rating and trailer here 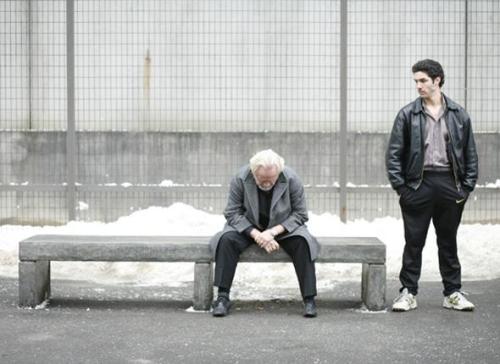 Killing Them Softly. New Zealand’s own Andrew Dominik directs this crime drama that tells the story of Jackie (Brad Pitt), a hit man, who has to restore order to the local criminal economy. Hits are made and money exchanges hands, all the while against the backdrop of the Obama-Cain presidential election. Economy versus community is the subtext explored here, and the fact that this plays out in a gang land setting makes the narrative all the more interesting to watch. Dominik’s knows how to shoot a gangster film with difference (Chopper, The Assassination of Jesse James by the Coward Robert Ford). He certainly knows how to pick his cinematographers, this time choosing to work with Greig Fraser (Bright Star) who masterfully weaves some stunning camera work that is on occasion surplus to requirements but nonetheless always provocative. Despite some patchy acting, I found Killing Them Softly an interesting take on its subtext. My rating and trailer here

Brad Pitt and Scoot McNairy in Killing Them Softly